When it comes to securing your home against an intruder, doors come to mind. We put a lot of work into making sure we have the right locks and fixtures to keep our front, back and garage doors safe. Because we focus on that so much, Windows are often an afterthought.

But should they be?

A burglar is going to take the easiest path to enter the home. In many cases, this is the window. What locks can we use to make our windows as tough as our doors?

A Smart lock removes the need for keys and latches because the locks are replaced with technology. Smart Lock technology can be worked from your phone or a smart control panel in your home. It requires you to know your code in order to open your windows.

Having a smart locking system in your home and on your windows doesn’t just prevent a window from being opened from the outside. You can couple smart technology with motion detectors, CCTV, and other home security options. A Smart lock can alert you to a window being opened and even send a message to the police setting off alarms in your home.

Key locks on windows are just as secure as key locks on doors with one added benefit. You cannot access the key lock mechanism form the outside.

Key locks are robust, strong, and require a key to work. A common practice is to use key locks alongside other lock types for added security. A good example of this would be a folding latch with a key.

A window latch is a simple mechanism that holds a window closed. They come in many different forms as a swivel latch, folding latch, or keyed latch. The basic function of these latches is all the same. As the two sashes of the windows come together one part of the latch connects to the other keeping the window closed form the inside.

Window latches cover a wide range of security in windows, from basic security to high security. A simple latch is easy to break, but a folding latch with a key is a tougher job for burglars making a more secure home for you.

Window pin locks are very similar to a chain lock that you would have on your door. They allow for the window to open so far and have a chain preventing it form opening all the way.

These locks are easy to install and are perfect if you want to open a window for a little air and less bugs, but they are not a secure home option. It is recommended that you couple a pin lock with something that can hold the window closed, like a latch.

Other quick and easy tips to secure your home windows include planting thorny bushes underneath them, replacing regular glass with impact glass, and adding CCTV or floodlights to your garden.

The bottom line is prevention is better than a cure. Anything that will deter an intruder from attempting to break in improves the security of your home. 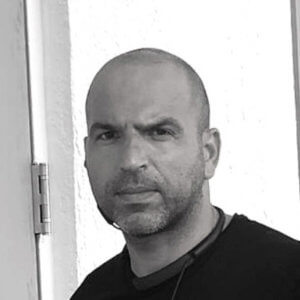 What Is The Biggest Home Security Mistake People Make? How To Conduct A Security Assessment of Your Home 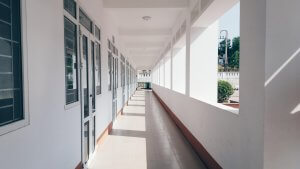 How Property Owners and Tenants Can Keep Apartment Buildings Secure